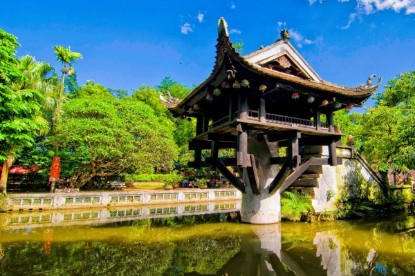 GGI-HNO1 1 Day
Hanoi
Hanoi is a destination for famous landscapes in Vietnam, the center of culture, economy, education, politics of Vietnam, to Visit Hanoi one day you will have moments of discovery. Along with the many thousand years of civilization, with many ancient and modern works, with unique sidewalk cultural experiences, the special historical sites will all make you a trip. Hanoi memorable tour. Especially not only experience the identity of 36 bustling streets, beautiful roads but also have moments of experiencing the enjoyment of the national culture through the museum, through the puppet theater special characteristics. .. with Hanoi city tour full day
Call for pricing

GGI-HNNB03 1 Day
Hanoi, Ninh Binh
Hoa Lu, the first Vietnam Capital under the Dinh and Le Dynasties from 10th century between 968 and 1009 AD located arounf 100km to The South of Hanoi city Tam Coc, the outstanding natural beauty with limestone peaks whose splendor is oftan said to surpass of Halong Bay It is a certain true that Hoa Lu & Tam Coc is often referred to as the Ha Long Bay on land.
Call for pricing 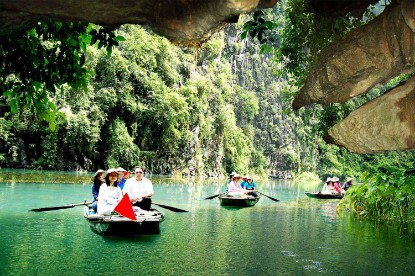 GGI-HNNB01 1 Day
Hanoi, Ninh Binh
Ninh Binh town, known as Halong bay on land with mountain ranges interleaving in rivers and rice fields. This is the first capital of feudal Vietnam in 1000 year AD, the land of long history, cultural characteristics of Vietnam, along with the friendly local people. Ninh binh has become an attractive new destination for tourists. This land became “must-visit” site after Halong bay when visitors come to Hanoi. Let’s go to explore the legendary land, Ninh Binh countryside.
Call for pricing